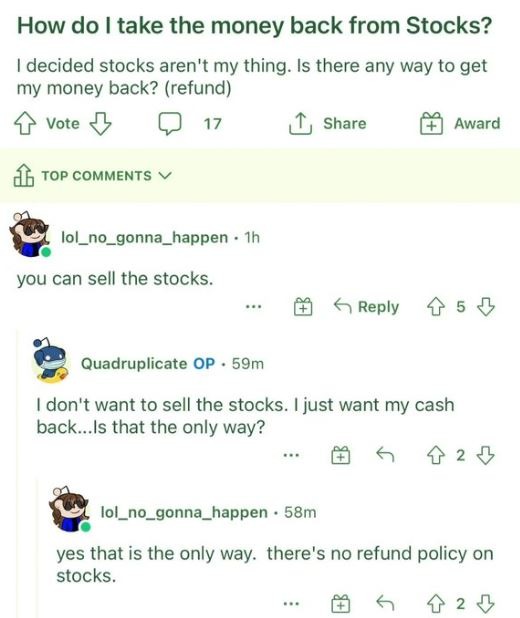 On the day Apple was founded, here’s how the founders divided the shares:

Why? Because Wayne didn’t last.

In 2018, when Apple became the first $1 trillion company, his shares would’ve been worth $100 billion.

Today, with Apple’s market cap hovering around 2.87 trillion… it’s worth a lot more.

It doesn’t end there.

In the 1990s, Wayne sold his copy of Apple’s original founding documents for $500.

In 2011, the same documents were auctioned off by the buyer for nearly $1.6 million at a Sotheby’s auction.

We All Make Mistakes

In many ways, we all can kind of feel Ronald Wayne’s pain.

We’ve all missed the boat. Made mistakes. Have regrets.

Regret is a powerful teacher. That is, if we can learn from it.

Truth is, 99% missed the boat on today’s titans.


Profits from games of knowledge: https://www.predictmag.com/